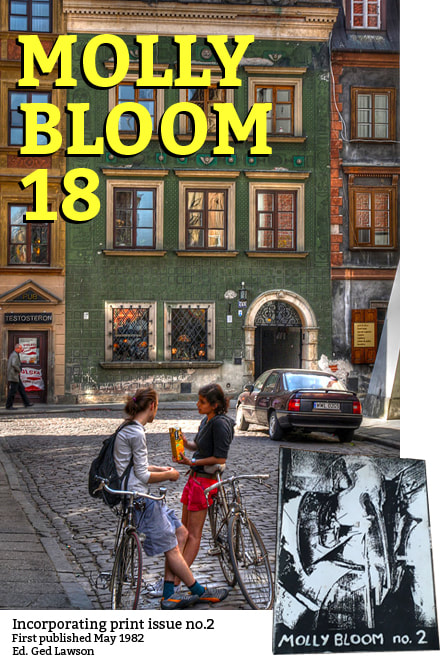 Is editing a dying art - or, where poetry is concerned, has it already died?
Well, no, not totally. One poet I know was deeply offended when the editors of the excellent Blackbox Manifold magazine suggested possible changes to one of his meisterwerks. More fool he. Entirely up to him, of course, whether or not to accept the suggestions, whether or not to make any changes - but to take offence at the very idea is vanity. A gentle but firm recommendation by those same editors led to a great improvement in one of my own poems, for which I thank them.
That is editorship, and I try to practise the same thing myself, as occasion seems to require. Others apparently limit the editorial process to mere acceptance or rejection of work exactly as it stands - and not just at magazine level.
I have just been reading a published collection full of good things - about half full. The other half has been padded out with what seem to be first drafts, poems that could usefully have been tightened up, left in a drawer for a few months to mature - or spiked. Trivial, so-what things I might have thought but not bothered to write down, or written down but not felt worth sharing once written. Trite pieces that merely add to the sense of disappointment or irritation already occasioned by the book's generous smattering of mis-spellings, scattered apostrophes and malapropisms.
And this makes me wonder about my own published works. I am tolerably certain, as a professional in that field, that they contain no undeliberate mis-spellings or grammatical howlers. But it's harder to exercise quality control on oneself. Are my books, too, spoiled by the inclusion of poems that would have been better left in the drawer? The great Tony Frazer, publisher and editor, wouldn't have let me down like that - would he?

Since its inception as an online magazine in 2013, Molly Bloom has been living a lie, at least an implicit one. The implication, if not the overt statement, was that Molly as a printed magazine was born and died with the first issue, in November 1980. Recently, however, going through a box of old pamphlets and magazines left more or less forgotten in the attic, I came across the hard evidence that this was not the case. For there was a surely rare copy of Molly Bloom no.2, a duplicated, hand-stapled issue put together in May 1982 by my good friend Ged Lawson.
Having launched Molly Bloom online with a reappearance of most of the contents of the first print issue, it seems only right now to bring the work from the second to the light of the online world, where most if not all of it now appears for the first time. Peter Riley's Weekend is newly edited by him; the rest appears here exactly as it did in 1982, while some of the poets included then also provide new work exclusive to this online issue.